IMDb: 7.12018140 min32 views
While planning a bank heist, a thief gets trapped between two sets of criminals.
ActionCrimeThriller

Trouble Is My Business

Trouble Is My Business

201898 min45 views
An enforcer for the mob enacts revenge on those who wronged her.
ActionCrimeDrama

IMDb: 7.62017140 min83 views
Molly Bloom, a young skier and former Olympic hopeful becomes a successful entrepreneur (and a target of an FBI investigation) when she ...
CrimeDrama

All the Money in the World

All the Money in the World

IMDb: 7.02017132 min76 views
The story of the kidnapping of 16-year-old John Paul Getty III and the desperate attempt by his devoted mother to convince his billionaire ...
CrimeDramaHistoryThriller

201895 min87 views
Steve Walsh is living the high life but it’s a life built on the ruin of other people’s dreams. Peter Farrell is a man with nothing ...
ActionCrimeDrama

IMDb: 5.1201798 min92 views
A homicide detective teams up with a criminal profiler to catch a serial killer whose crimes are inspired by the children’s game, Hangman.
CrimeMysteryThriller 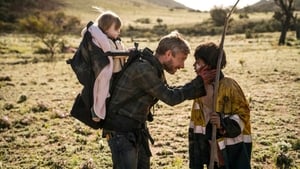